Home  >  Our Perspective   >  THE REGULATION OF OVER-THE-TOP SERVICES IN NIGERIA: POTENTIAL IMPACT ON THE FUTURE OF COMMERCIAL TRANSACTIONS

THE REGULATION OF OVER-THE-TOP SERVICES IN NIGERIA: POTENTIAL IMPACT ON THE FUTURE OF COMMERCIAL TRANSACTIONS

On June 4th, 2021, the Federal Government of Nigeria announced the indefinite suspension of popular social media network -Twitter. On the heels of the suspension of Twitter, social media platforms have come under intense regulatory scrutiny as the National Broadcasting Commission and National Communications Commission have ramped up efforts to take the laws they enforce into previously uncharted territories, with Over-The-Top (OTT) services being the primary target of recent regulatory actions.

In this article, we consider the concept of Over-The-Top media services, the relevance of these services to Nigeria’s commercial ecosystem, and the extent and implications of the proposed actions of the sector regulator.

WHAT ARE OVER-THE-TOP MEDIA SERVICES?

Over-The-Top (OTT) service are media services directly offered to end-users via the internet. OTT services bypass traditional media platforms- cable, broadcast and satellite television- and the challenges faced by these platforms to interface with the end-user directly.

OTT media services consist of non-traditional media platforms, such as digital and social media channels, which are driven largely by innovation and leverage on the availability of the internet to provide their audiences with an array of content which would otherwise have been available only via traditional distribution channels. WhatsApp, Twitter, Facebook, Netflix are prominent examples of media services which have emerged from the OTT playbook to provide a wide range of content provided either at no cost or via subscription models.

THE VALUE OF OTT SERVICES TO COMMERCIAL TRANSACTIONS

In January 2021, Nigerian wealth management startup, Cowrywise Limited, raised Three Million US Dollars in a pre-series A funding round aimed at financing expanded operations and talent acquisition.[1]  On the heels of the capital raise, Mr. Sahil Lavingia, one of the participating investors revealed that his interactions with the company which had begun on Twitter, influenced his decision to invest in the startup.

The Porter Five Forces, a framework of factors which forecast the competitiveness of an industry, lists the threat of new entrants as one of several factors which determine the competitive landscape as well as the ability of the actors within an industry to make profit. When the barrier to entry is high, new entrants struggle to make inroads as well as compete sustainably without incurring significant loss and suffering an early exit.

For a lot of businesses in the Nigerian ecosystem, social media, a limb of OTT services, is a crucial aspect of their business model, as these non-traditional platforms lower the barriers of entry into their industries and afford them several advantages, the foremost of which is the opportunity to compete with established brands and leverage on the borderless nature of the internet as well as the high levels of internet penetration globally to secure a chunk of market share by pitching their products and ideas to an infinite pool of customers and potential investors within and outside their country and continent of origin.

THE REGULATORY FRAMEWORK FOR OTT SERVICES

Relative to the traditional media platforms -television, radio, billboards, et al, Over-The-Top services are novel developments. In most countries, OTT services by virtue of their novelty, as well as their non-traditional model of content delivery were not envisaged during the drafting of the laws which regulate more traditional media platforms. In several countries, with Nigeria being the most recent of these, the regulatory landscape is evolving to recognise and regulate OTT services.

The National Broadcasting Commission, by virtue of the provisions of Section 2(1)(b) of its enabling Act, is responsible for “receiving, processing and considering applications for the establishment, ownership or operation of radio and television stations including cable television services, direct satellite broadcast and any other medium of broadcasting.”

The Ejusdem Generis rule of statutory interpretation is to the effect that where general words follow a list of particular items in a statute, the general words are restricted to matters of the same kind as those listed by the statute. Against the backdrop of this rule as well as the provisions of Section 2(1)(b) of the Nigerian Broadcasting Commission Act, OTT services are excluded from the regulatory scope of the Commission as they operate on principles which distinguish them from the services listed by the statute. While cable television services and direct satellite broadcast transmit information using radio waves, OTT services utilise internet-based protocols to reach their users.[2]

Beyond the primary legislation, the sector is also regulated by the National Broadcasting Code 2016. This subsidiary legislation widens the scope of the term “broadcasting”. In providing much-needed context, the National Broadcasting Code defines broadcasting as the “transmission of programmes, whether or not encrypted, by radio waves or other means of telecommunication for reception by the public by means of a receiving apparatus” and defines a broadcasting service as “any service which consists of the unidirectional transmission and distribution to television and/or sound broadcasting material by cable or wireless means from anywhere in Nigeria for reception by the public”.

Further to this, these shortfalls in the ability of primary legislation to appropriately regulate OTT services has been taken into consideration by the sector’s regulators. In recent weeks, the communications sector which is housed within a complex framework of laws and codes has been on the receiving end of efforts by its chief regulators- the Ministry of Communication and Digital Economy, the National Broadcasting Commission and the Nigerian Communication Commission- to eliminate grey areas and expand the ability of the applicable legislation to regulate OTT services without ambiguity.

The National Assembly has been mandated to include internet broadcasting as well as online media in the provisions of the bill for the amendment of the National Broadcasting Commission Act.[3] Beyond the chambers of the National Assembly, Nigeria’s Vice-President, Professor Yemi Osinbanjo, and Minister of Information and Culture, Mr. Lai Mohammed, have hinted at the need for social media to be subjected to increased regulation.[4]The thoughts shared by the Vice-President and Minister have the potential to shape the future of the regulatory landscape for OTT services in Nigeria. However, these opinions which may evolve into legislative provisions in the near future make it mandatory for OTT service providers to procure licenses as well as operate physical offices in Nigeria and pay heavy taxes to Nigeria’s tax authorities- requirements already covered by the provisions of the Finance Act 2019 and Significant Economic Presence Order 2020. By the combined provisions of the latter statutes, digital entities including OTT media service providers, whose service offerings are defined by legislation, do not have an obligation to operate physical offices before they can be taxed by Nigeria’s revenue collection service. The laws provide that digital entities will be deemed to have significant economic presence and eligible to pay tax by virtue of other parameters besides the operation of a physical office. The parameters outlined by the Significant Economic Presence Order include the following:

THE COST OF INCREASED REGULATION

Regulatory actions go a long way in shaping the future of sectors and the economy. Sector regulators play a crucial role in the ecosystem as each of their actions, punitive or otherwise, have the tendency to either eliminate industry inefficiencies and encourage investment in the sector or de-market the sector, stifle innovation and trigger capital flight.

The suspension of Twitter in Nigeria has had significant economic impact. On 4th August 2021, sixty-one days after the suspension, the Cost of Shutdown Tool, which measures the impact of internet disruptions, estimated that Nigeria’s economy had incurred a loss of One Hundred and Thirty-Two Billion Naira since access to Twitter was suspended.[5]

The trickle-down effect of the suspension on commercial transactions involving Nigerian businesses has been two-fold. On one hand, the suspension raises to a degree, the barrier of entry for start-ups and small and medium scale enterprises as it strips these businesses of their competitive edge and isolates them from consumer-markets and investors which were a knock-on benefit of unrestricted access to Twitter. On the other hand, the suspension of Twitter which appears largely as a knee-jerk reaction, sends negative signals to investors, as the manner of the ban eliminates several of the assurances- a stable business environment, minimal political and regulatory risk, ease of capital repatriation- often sought after by investors in developing economies.

All factors considered, the actions of Nigeria’s regulatory agencies fall within the scope of their statutory function as they seek to address the concerns raised in respect of OTT services which largely operate outside the scope of current legislation. However, there is overarching need for the wave of reforms to strike a balance between the need for further regulation and the unique needs of OTT services and their users. Regulatory reforms if not appropriately created and deployed could stifle the growth of the communications sector and the Nigerian economy hence reversing the successes of multiple sectors which have in the last half-decade positioned Nigeria as a leading destination for investments, especially in information technology. The responsibility to create a forward thinking, broad-based policy and regulatory framework is particularly weighty and necessary when this task is considered against the backdrop of the low year-on-year growth rate of the Nigerian economy as well as the far-reaching implications a sanction-heavy approach could have on commercial transactions. 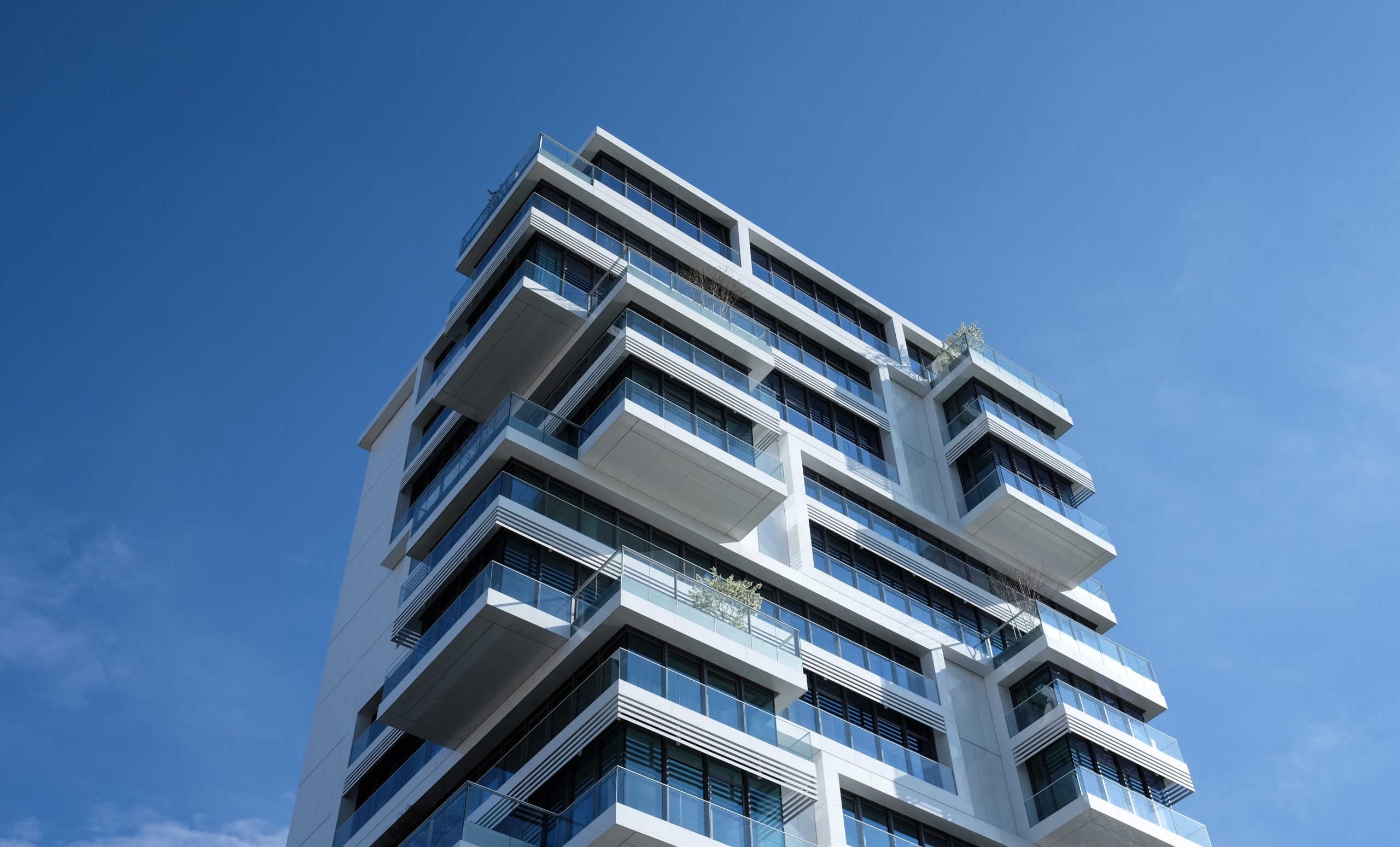 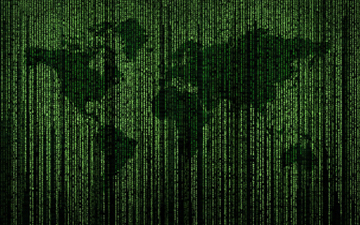 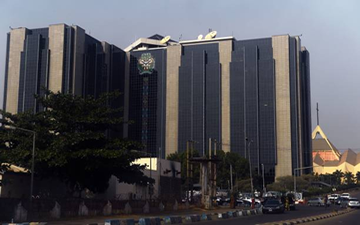